What’s in the Future of Smart Phones? 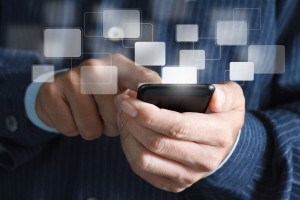 one that I think most people, especially teenagers, will be excited for is synthetic sapphire. The most fragile part of your phone is the screen and the camera cover, because they are both made out of glass. In most cases today, this glass is specially treated to withstand certain kinds of impacts and scratches. Most of us know that feeling you have when you drop your phone and pick it up only to see a spider web of cracks across the screen. Synthetic sapphire promises to be a significantly more scratch- and impact-resistant material than glass. Replacing the glass parts of our devices with this material should help to greatly reduce the chance of accidental damage and those unwanted shattered screens.

Another part of a cell phone that will be a nice improvement will be reversible connectors. If you are an iPhone owner you already know this joy. For the rest of you that still use mobile phones that have USB connectors, one is in the works that will also be reversible. No more fumbling in the dark to plug in your phone at night.

A feature that I am excited for and will also take care of those pesky chargers, is wireless charging. There are some devices out there now that are capable of this but it is not yet  a widely used concept. This promises to be the future of smart phone charging. Really, the future of charging anything. Although, what would be really nice is to just not have to ever charge something again. Imagine just always being able to pull a charge wirelessly from somewhere and never having to wait for something to charge again?

The future of smart phones is going to be exciting. There are many things that may become standard on new phones. Who knows, your next smart phone may have screen projection, holograms, flexible displays, or even be completely built into your watch with no more handsets. The only question is, what’s next?