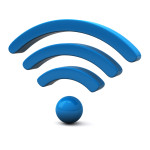 Anyone who owns a Wireless Access Point I’m sure has seen the different letters are on the side of the device box. Letters such as B,G,N, and even most recently AC. But what do all of these letters mean? They stand for the type of wireless standard that the wireless access point or wireless router is capable of handling. The most common is probably still G, but N is making a name for itself very quickly (and is what I would recommend when purchasing a wireless router). Wireless-B, Wireless-G, Wireless-N, and Wireless-AC are wireless networking terms referring to the 802.11 wireless networking standards set by the Institute of Electrical and Electronics Engineers (IEEE). This is the professional organization that sets the standards for electronics discussion and publications around the world. These different letters stand for the protocol that this wireless equipment is built to handle and, more importantly, what speeds and what restrictions they have.

IEEE 802.11n is the wireless networking standard that was created to increase network throughput (or speed) as well as other restrictions over the two earlier standards—802.11b and 802.11g. The wireless b standard, which was the first mainstream standard, was capable of 11 Mbps (Mega-bits per second) and the wireless g (or 802.11g) standard took this speed all the way up to 54 Mbps.

For example, most coffee shop hotspot routers run on Wireless-G (54 Mbps).They are constantly being shared by many people so it can be somewhat slow to connect and actually surf the web. It was for reasons such as this that a new standard was needed. As more devices become “connected”, greater speeds are becoming necessary. What made new Wireless-N so significant is that it increased the maximum network throughput by about 850%. That means taking the speed that wireless was capable of from 54 Mbps, all the way up to about 450 Mbps.

It’s important to note that  all the wireless standards are backwards compatible. What I mean by this, is that if you buy an N router it will work just fine with equipment that is built for B or G as well as N. Or if you buy an N router and your laptop is wireless AC, the laptop will work just fine with the N router. It will just not be as fast as it could be if you had an AC router.

There is so much more that could be said about wireless and its capabilities. In my next post I will talk more about the most current standards (currently 802.11n and 802.11ac) as well as what the next generation of wireless will bring.

If you have any questions or just enjoying learning about technology, check out Custom Systems social media pages for tons more great information. Please leave your comments and questions below.